Chicago was not the first Age Group World Championship that Great Britain’s Georgina Jennings. If fact, she has been competing at the World Championship level since 1993. While she earned the silver medal for the women’s sprint distance race in the 70-74 age group, read up on her workout tips below and see that she still has a lot of racing yet to do!

How you got involved in triathlon?

I used to be a competitive swimmer when I was young.  I had been jogging with Werrington Joggers for a number of years, then in 1991 I joined Emap the publishing company and a guy named Ralph encouraged me to go to Pactrac the Peterborough triathlon club for a swim. Then in 1992 I did my first triathlon and in 1993 I competed in my first World championships in Manchester. 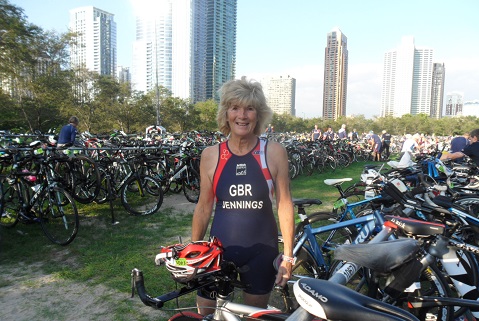 How often you train?

I train 6 days per week.

Do it with other people. They motivate, encourage and push me.

What motivates you to race?
I enjoy the companionship of training with others, seeing different countries, and when racing the buzz and satisfaction of completing events.

Favourite swim workout:
I am afraid I only swim once a week and during the winter hardly ever, people wonder how I keep up the same times! 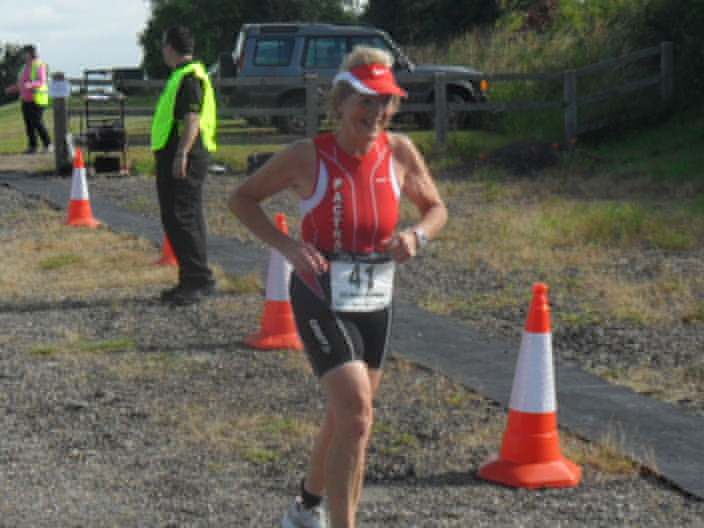 Favourite bike workout:
I bike 3 times every week and around 30-40 miles each time. It is virtually every week of the year and I ride with 10 men who make me work!

I jog usually 3 times a week usually around 50-65 minutes.