Walkington and Riveros win in Devonport 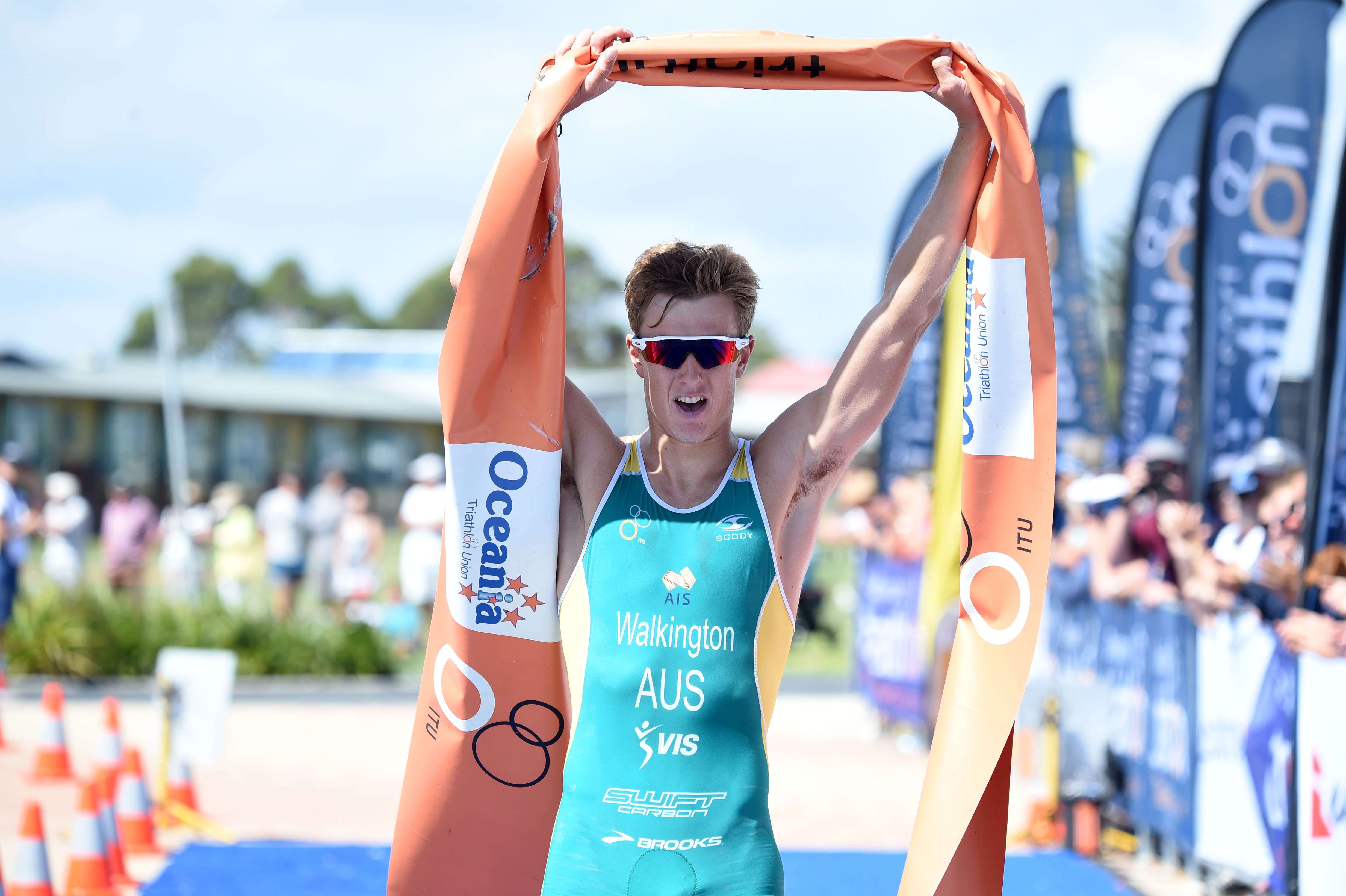 The 22-year-old, who admits he can’t remember when he last put together a good race, also scored automatic selection on to the Australian team for this year’s ITU Under 23 World Championships in Cozumel, Mexico. He mastered the tough 40km bike course which included eight steep hill climbs after the 1.5km surf swim and before the final 10km run. And in the end it was a matter of hanging on as fellow Australian, Queensland whippet Drew Box and Germany’s Franz Loeschke threw everything at the final 2.5km run lap. But they couldn’t catch the long striding Walkington who gave credit to VIS head coach Danielle Stefano gym coach Dr Harry Brennan and his VIS team mates Matt Baker, Declan Wilson and Joel Tobin-White.

“All the VIS boys as a group were able to work together well over the past three months with Danielle and Harry,” said Walkington. “We’ve been training really hard together and working well as a group. We all get a long really well and we all had the goal of hitting this race hard and to start the season as good as we could. The support we get from the VIS and our coaches has been amazing, Harry has been a key member of our team.”

Baker pushed hard through the strenuous 40km bike which included a tough North St. hill climb behind the beach at Mersey Bluff. He led the field until the final lap when Ireland’s Ben Shaw joined him on the final descent. But Walkington and the chase pack of 10 riders, including Box and Wilson had fresher legs to start the run.

“We always knew Matt Baker was a strong rider; he’s a power house and knew we couldn’t let him get away,” said Walkington. “But that hill was pretty tough; the first few times you don’t feel it too bad but then after that it starts to hit you; it’s on everyone’s mind and we were all essentially saving ourselves for the hill. I tried to run hard and I was able to blow everyone away from the start which was a bit of a relief and then I was able to hang on for dear life. I couldn’t ease off in the end and had to push to keep away from Drew; I knew he was coming. I hadn’t put a race together for a while now so it was certainly good to get one under my belt after putting together three months of good solid training. It’s good to secure that spot for Cozumel and it is something to look forward to. I can put together a solid training block before that and know that I’ve got a good target. All it needs is one good race and you’re back in the game.”

In the women's event it was Chile’s two-time Olympic triathlete Barbara Riveros who crossed the line in first place, with Gillian Backhouse taking out second place and emerging star Emma Jeffocat the bronze medal. 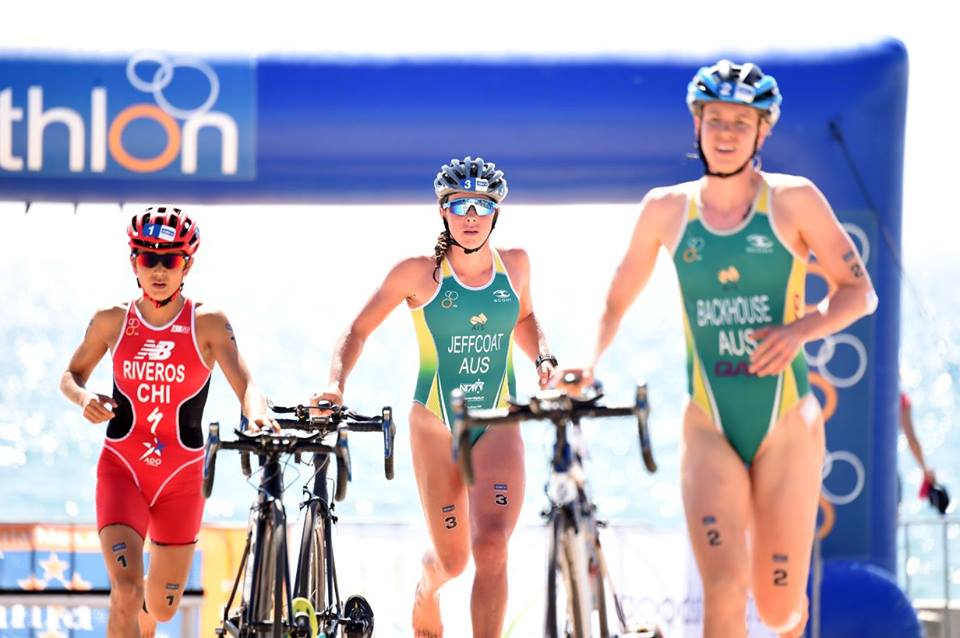 Riveros, the 28-year-old, adopted by Australia in her Wollongong training-base for much of her elite career, nailed her third Olympic team with a victory last year in the Pan American Championships. And today in Devonport the likeable pint-sized South American admitted she was very happy to win the Oceania Cup, delighted to be on the team for Rio, but far from satisfied with “just being at the Games.”

“I don’t want to just be a tourist in Rio I want to go there and get the kind of result that my coach (Jamie Turner) and I know I am capable of,” said Riveros. “This is a good way to start my racing and I had heard so much about ‘the hill climb’ and I was left behind on the first lap and thought ‘wow’ I better catch up here or I will be left behind.”

Riveros did catch up but it took eight laps on the 40km bike course with another seven hill climbs, alongside noted swim-biker Backhouse as they set out to claim brave Sydney Northern Beaches youngster Jeffcoat, who led out of the 1.5km surf swim and powered away on the bike, showing great strength and tenacity.

Riveros cleared out on the run to leave Backhouse in second but with the Australian Standard Distance Championship and emerging star Emma Jeffcoat third and with the Under 23 title.