The Team OTU camp led by Head Coach Peter Clifford from Australia was recently held in Fiji as a part of the Fiji Triathlon Festival. The objective of this camp was to bring together team members in a supported environment to prepare for and race in the Fiji Continental Cup. It was their first experience ever at this level of racing.

The athletes arrived in camp on Tuesday evening and quickly settled into training at 7am the next day. Given that the athletes were to race later that week, the load had to be carefully managed to ensure they were ready to race. 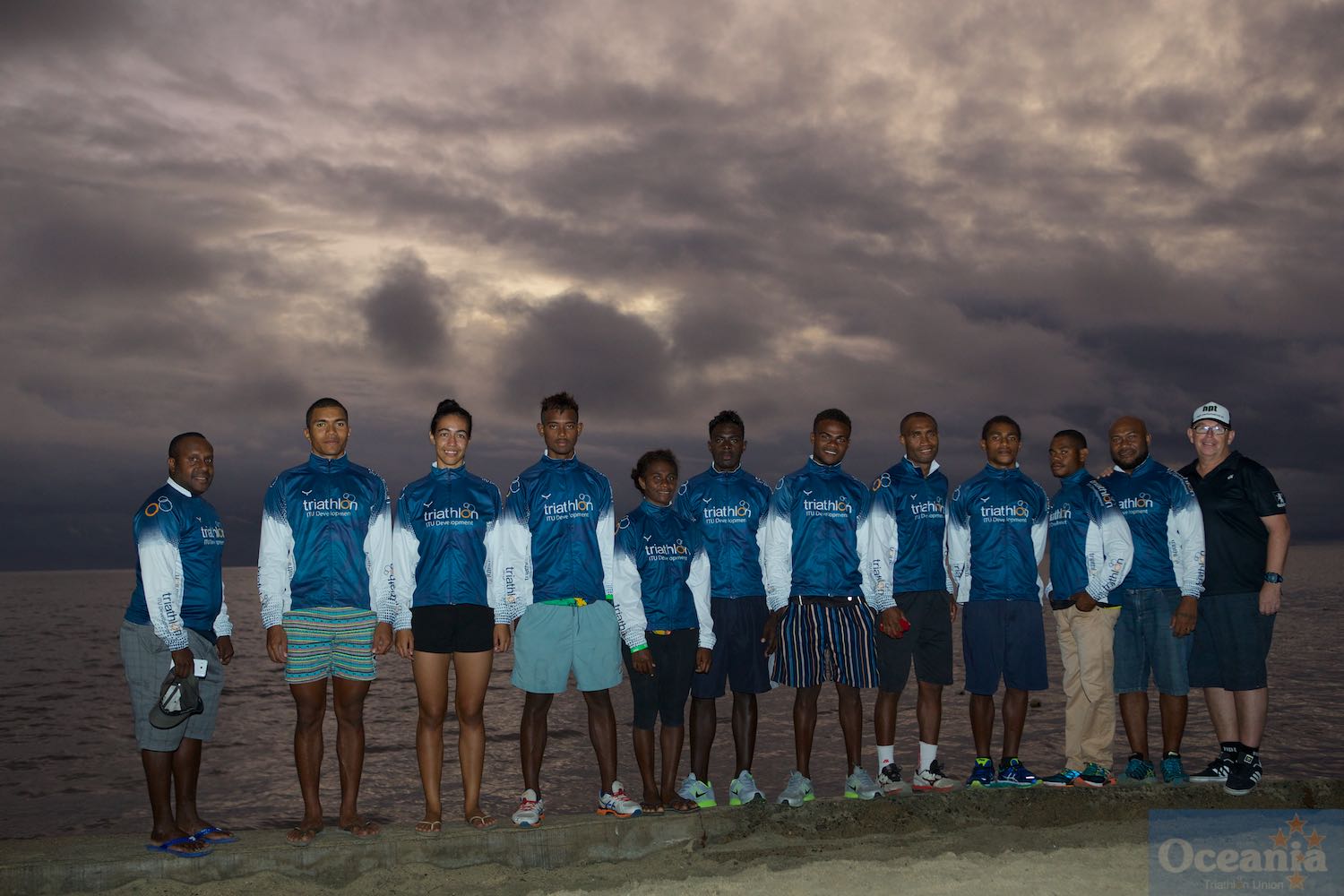 Three sessions per day were conducted for the first two days and after that the focus was more on skill work to freshen the athletes up. Athletes and coaches were then able to experience ITU race demands by attending race briefing and uniform checks, as well as course familiarisations.

Post-race was focussed on recovery for the day after the race. On the following day, which was the final day of the camp, they were able to train three hours again.

All athletes and coaches reflected well on their first experience at Continental Cup racing and what it will take to become competitive.

Many thanks must go to Terry Sheldrake of OTU for his support in driving athlete and coach development in the region. Thanks also to Zita Csovelyak from ITU Development for being an integral part of our camp environment and travelling such a long distance to be there.

Congratulations to mentor coaches Dave Dickinson (FJI), Nathan Thompson Siofa (SLB) and Malcolm Limbai (PNG) for their work in camp and for their selections at this camp.

"ITU 2020 Athlete Scholarship Programme is now open, to identify and provide support, resources and expertise to ath… twitter.com/i/web/status/1…" - 13h ago...