This week’s photo competition at World Triathlon Hamburg saw a come from behind finish with a late rush in the final days of voting.

While Japan’s Yuichi Hosoda in your face shot exiting the men’s sprint race after the one-lap swim enjoyed an early advantage, the picture of Canada’s Tyler Mislawchuk soaring through the air couldn’t be defeated. It’s the third photo of an athlete stopped in mid-flight to win the weekly prize meaning we will have some aerial photos in the final week of competition! 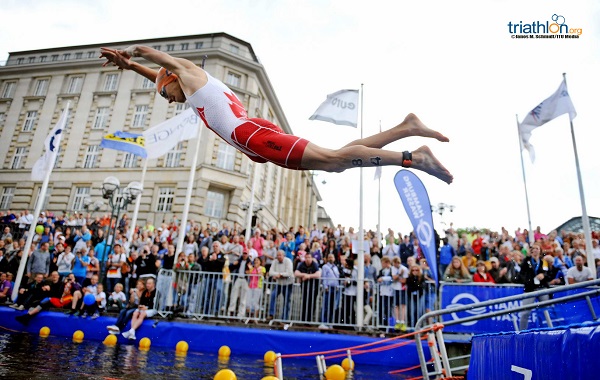 Here’s another look at that up close and personal emotional shot. 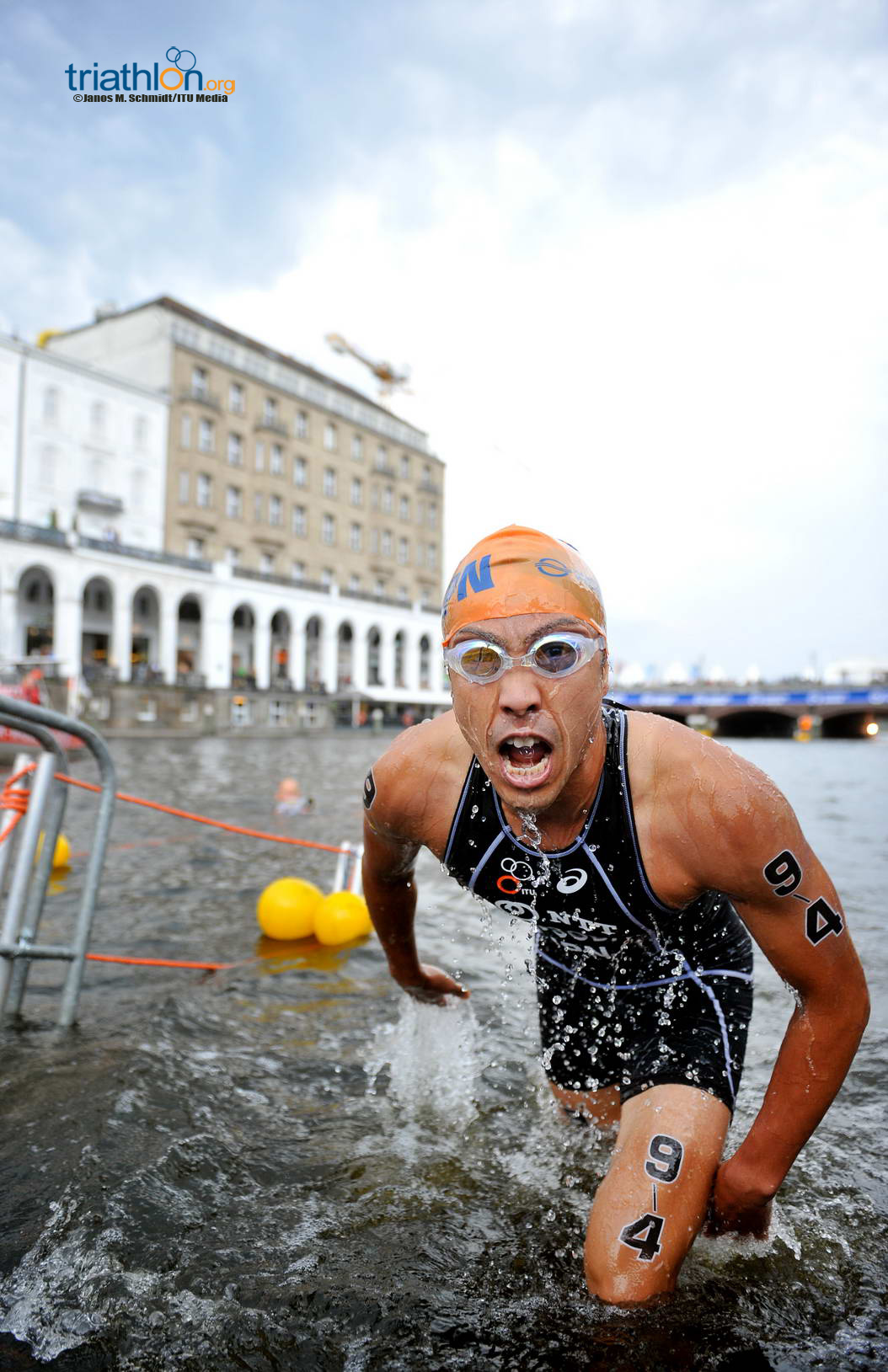