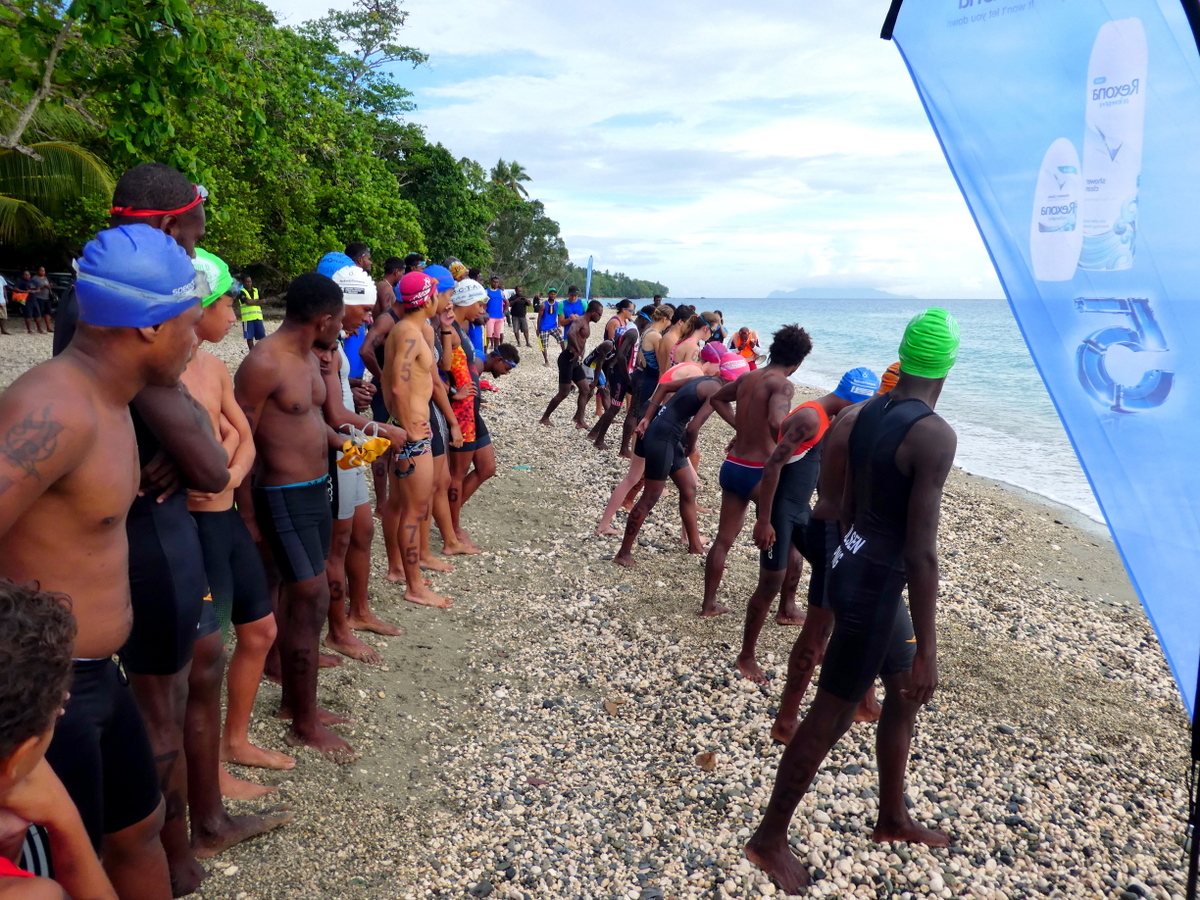 After months of training and preparation, the Pacific Islands Triathlon Championship resulted in success for all teams involved with PNG, Fiji and Solomon Islands all taking out podium finishes. The event, hosted at Kakabona Beach on the 3rd and 4th September, was the first international triathlon race held on Solomon Islands soil and provided an excellent opportunity for the whole Triathlon Solomon Islands squad to see what it takes to be the best in the region.

Fiji’s young guns, Maia Ramsden and Rhys Cheer, took out the female and male categories of the Super Sprint race and also the Junior Championships titles. Although Piwan Kutan from PNG beat Maia out of the water in the 400m swim and held her off for the 10km bike, she couldn’t match Maia’s speed in the run and was overtaken in the last leg, with Maia crossing the finish line ahead of Piwan in second place. In the men’s race, Rhys used his strong swim to take the lead from the beginning, but was closely followed throughout the race by Olsen Mange of PNG. It was a tight race for the podium places with the first three men finishing within 30 seconds of each other. While Rhys maintained his lead and finished in first place, a very fast run from Johnathan Melata of Solomons, gave him second place, just ahead of Olsen in third.

The Sprint Championship race, comprising a 750m swim, 20km bike ride and 5 km run, saw 23 individuals and 3 teams take to the water. In the women’s race, Rachael James of PNG set the pace for the whole field right from the beginning, coming out of the water ahead of all male and female competitors, finishing well ahead of her fellow females and coming in 4th place overall. Lavinia Dickinson of Fiji also emerged from the water early and finished off with a solid run time to come in second place, followed by Andriana Tukuvia of the Solomons in third.

Boris Teddy of the Solomons emerged from the water first of the men, just ahead of Israel Numbuk of PNG, and then extended his lead over the remainder of the race to take out first place, finishing almost 3 minutes ahead of Rocky Donald of Solomons in second, and the seasoned athlete Peteroa Manoa of Fiji in third. Solomons recent Olympic representative in the 5000m run, Rosifelo Siosi, also joined the competition and despite a super-fast run leg, he couldn’t match the strength of the top triathletes across the full race.

An aquathlon option was also provided in the Sprint distance which saw really strong performances from some young PNG athletes in particular.

To cap off the day a group of around 20 pikininis jumped in for a 100m swim and 1km run. The future for triathlon certainly looks bright with impressive performances all around. Special mentions go to Priscilla Gilbert from the Kakabona village who took out first place in the girls in her first foray into triathlon, and to 8 year old Jayden James of PNG who showed his mum’s speed and talent, coming in second place in a field of older boys. The event saw a great crowd from the village and Honiara at the beach watching and cheering on the local and visiting athletes.

On Sunday, a relaxed offroad aquathlon allowed the athletes to stretch out their sore muscles over a rougher steeper course which gave the visitors a taste of the challenging and adventurous conditions that the Solomons squad train in. Although a few athletes unwittingly took detours along the way, everyone was smiling at the end and already talking about next time, with plans underfoot for a Pacific Triathlon Championships in Fiji next year.

The opportunity for the Solomons squad to meet, race and train with the Fiji and PNG athletes, was invaluable and it was clear that a number of friendships have been developed as a result of the opportunity. It was all made possible by the many hours put in by a large group of volunteers and through the generous support of local organisations, including Solomon Islands Visitors Bureau, Rexona Bulk Shop, Honiara Hash House Harriers, Kokonut Pacific, Honiara Hardware and Nice Bola. 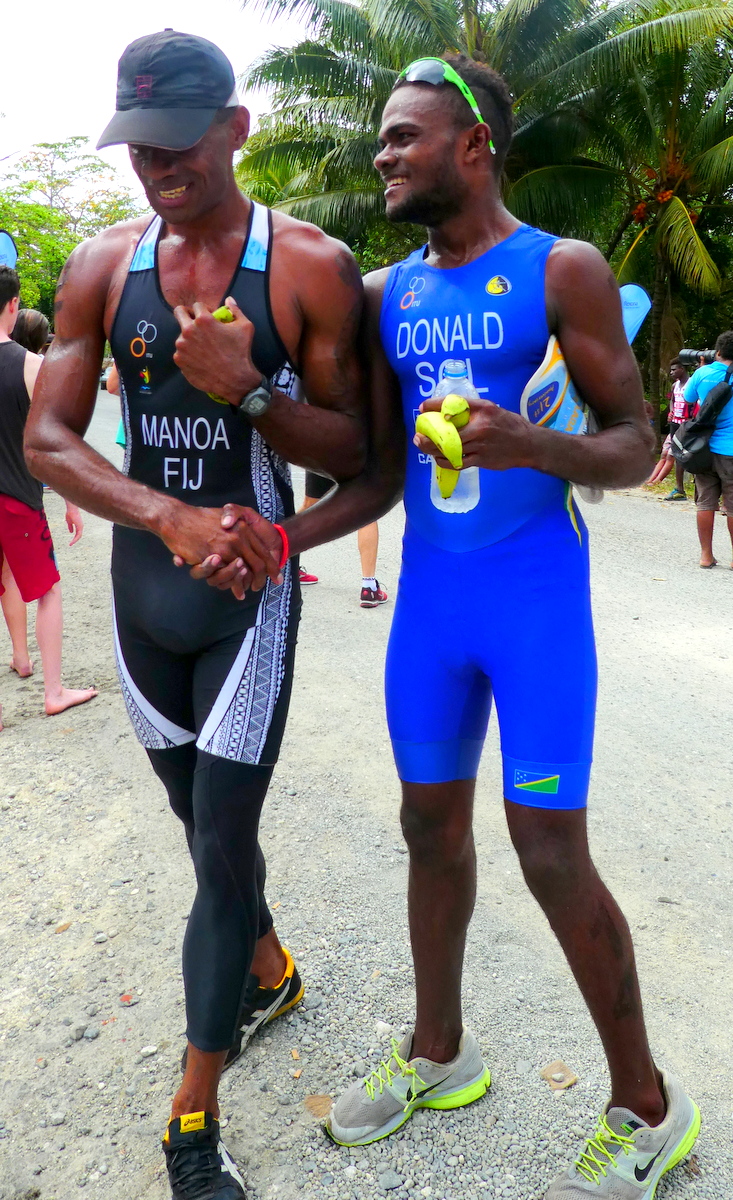