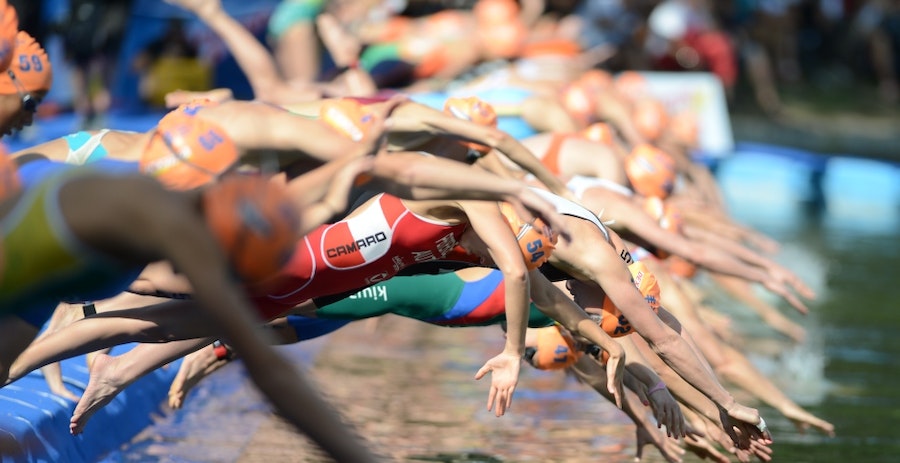 The women’s field has so many potential medallists that it is hard to single out a few, but here is our quick snapshot of who to watch for in Hyde Park on Saturday 4 August.

Helen Jenkins (GBR)
Jenkins won her first ITU World Championship in 2008, but it’s been a stellar last 12 months that sees her as the best chance to break Great Britain’s medal drought in the women’s triathlon at the Olympic Games. The reigning 2011 ITU World Champion won last year’s London test event and in two ITU World Triathlon Series races this year, finished first and second. Is strong from start to finish. Erin Densham (AUS)
Densham’s run to make the Games has been nothing short of incredible. After undergoing corrective surgery for supra ventricular tachycardia in late 2009, a condition that caused her heart to race at high levels, she worked her way back to the top slowly, that was until 2012. This year results list includes three major wins in Mooloolaba, Sydney and Hamburg, plus podium places in San Diego and Banyoles.

Nicola Spirig (SUI)
Spirig’s form suffered due to injury in 2011, but she rocketed back in 2012 with wins in Madrid, Kitzbuehel and the European championships. She is considered the sport’s strongest cyclist, but in her three major wins this year has shown she will also contend on the run.

Emma Moffatt (AUS)
Moffatt’s form has been up and down over the past two seasons, but she impressed hugely with her sprint silver in Hamburg just a few weeks ago, especially hammering away at the front of the bike leg. She’s also a big race performer, and the only woman in the field who already has an Olympic medal.

Lisa Norden (SWE)
Another to have suffered injury woes in 2011, Norden is capable of a big race when needed. Was the first athlete from Sweden to win a world championship, and has a second place in Kitzbuehel under her belt this year.

Andrea Hewitt (NZL)
Hewitt has never struggled for podium places in her career, but she did go more than two years without an ITU World Triathlon Series win. But then she won Beijing, won Yokohama and the Auckland World Cup in an incredible run, and her 2012 form has also been strong - with three podium places. Paula Findlay (CAN)
The hip injury she suffered just before the 2011 Edmonton ITU World Cup hampered her into the start of 2012, and Findlay has not raced in an ITU event this year. However it’s worth remembering that when fit at the start of 2011, she was unbeatable taking three ITU World Triathlon Series titles to put her overall tally at five series race wins. She is also flying under the radar in London, even though she won the event here in 2010.

Barbara Riveros Diaz (CHI)
The pint-sized South American star has emerged as a major contender on the ITU circuit, has won an ITU sprint world title, and in her last two World Triathlon Series races has a third and a fourth. Her running prowess is one of her biggest assets.

Anja Dittmer (GER)
The only woman to make it to four Olympic Games is still chasing that elusive Olympic medal and if she is in contention in the final kilometre, then is one to watch for. Dittmer has one of the best finishing kicks in the sport, she used it to claim third in the test event last year, but her chances rest on her being close enough to use it.

Gwen Jorgensen (USA)
Plucked from a successful college athletics career by a USA Triathlon talent identification programme, Jorgensen is one of the sport’s fastest runners. She also loves the London course, having finished second on it last year with the fastest run split, 33 minutes and 43 seconds.

Emma Jackson (AUS)
Jackson’s 2012 hasn’t exactly gone to plan, with a 33rd in Sydney and DNFs in Madrid and Hamburg. But that doesn’t take away from the fact she finished fourth in last year’s test event and also fourth in the overall ITU World Championships in 2011. On her day she is one of the best runners in the field.

Laura Bennett (USA)
Bennett is a proven big race performer, she finished fourth in Beijing 2008, and is one of the sport’s leading swimmers and almost guaranteed to exit the water in the lead pack. In a race where the swim will count for plenty, that gives her an advantage.  Bennett also came up big when she needed it earlier this year, finishing third in San Diego to secure her Olympic spot.

The women’s triathlon competition at the London 2012 Games gets underway at 9am (local time) on Saturday 4 August. Check listings with your national Olympic broadcasters for broadcast times. There will not be a live stream or live timing available from ITU, but live text updates will be available through triathlon.org/live and on Twitter, through @ITUonline and @triathlonlive