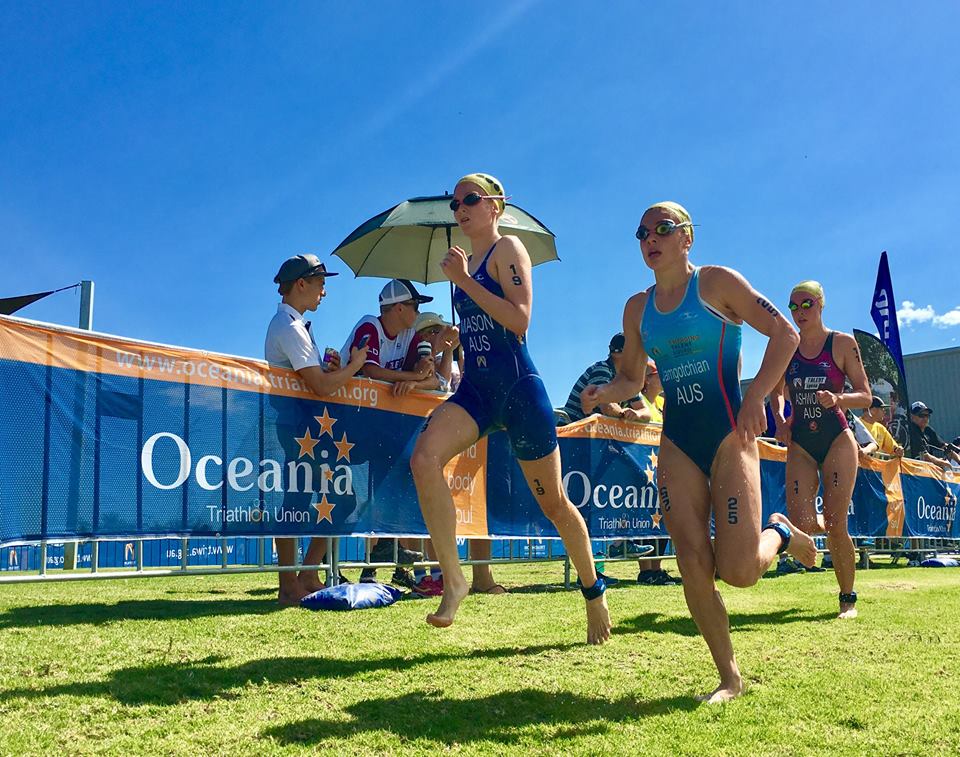 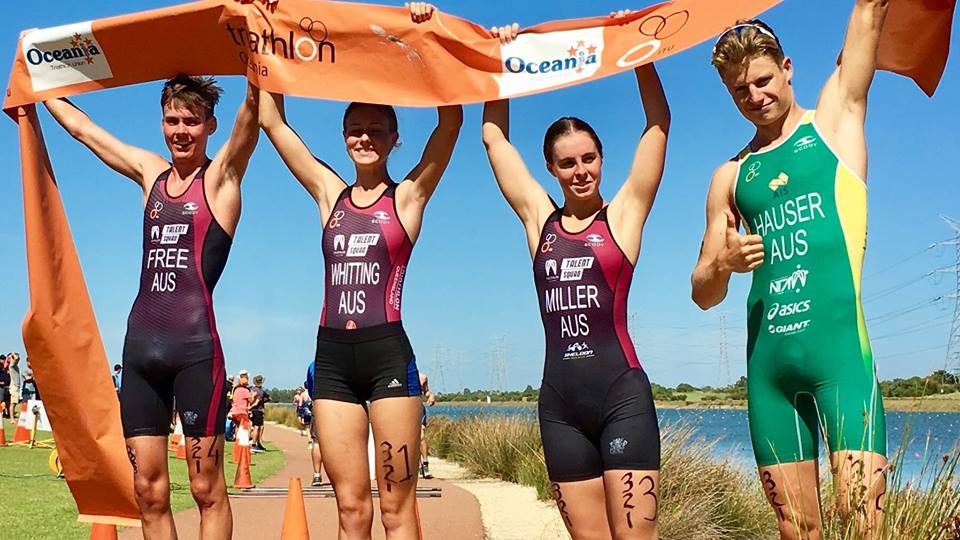 There was some hot action at this weekend’s City of Armadale Way Out West Triathlon which hosted Race 4 of the Australian Junior Triathlon Series (Youth/Junior/U23), and the 2017 OTU Triathlon Junior Oceania Championships and Mixed Relay Championship.

Queenslander’s Joanne Miller and Matt Hauser took out the OTU Triathlon Junior Oceania Championship with polished performances in what was a hectic day of racing on Saturday.

Joanne Miller shared the top of the leader board with Kira Hedgland going into the final but it was Miller who dug deep on the final lap to secure the OTU Triathlon Junior Oceania Championship from Ainsley Thorpe (NZ) and Jessica Claxton third. After leading for much of the race WA’s Kira Hedgeland finished just off the podium.

In the Junior men’s race it was a wire-to-wire win for Matt Hauser who got away on the bike with Liam Sproule (ACT). The Gold Coast based, Dan Atkins coached Hauser put the after burners on in the run, and at the end of the first lap had run away from the chasers, Luke Burns and Liam McCoach. With Hauser taking the title it was McCoach who stepped it up on the final lap to secure silver from Burns.

The weekend’s racing culminated in the OTU Oceania Junior Mixed Relay Championships with the mighty Queensland 1 Team taking out the title. The team was made up of Nicholas Free, Samantha Whiting, Joanne Miller and Matt Hauser.

The Mixed Relay Championship was also a selection race for the Commonwealth Games Relay Test Event which will be run at the Gold Coast WTS Race on 8th April. The first three teams at Way Out West (a total of 12 athletes) and then the next six male and female fastest relay athletes will be selected to race in the Relay Test Event.