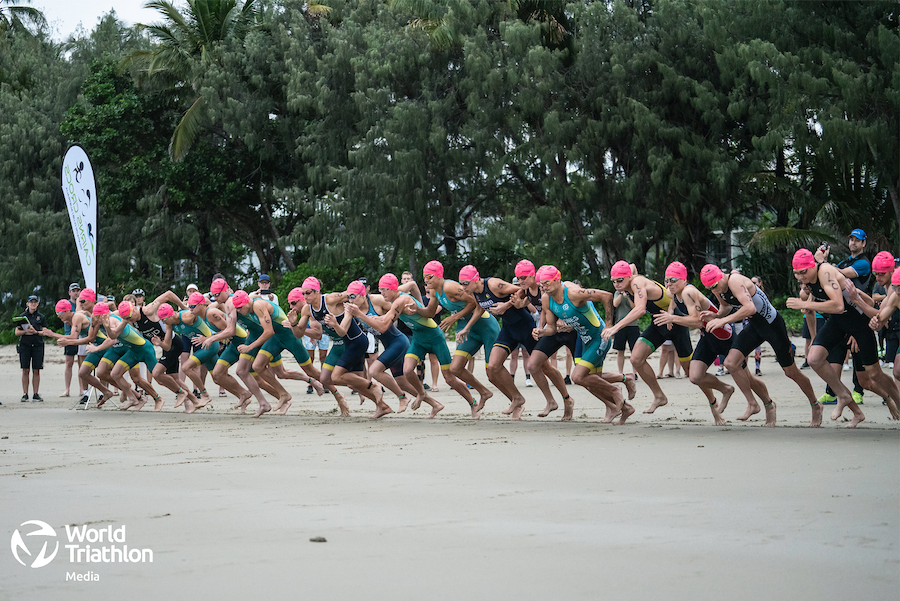 Australia’s Jaz Hedgeland and Commonwealth Games representative Luke Willian have claimed race honours to win in today’s Oceania Triathlon Championships and Cup Port Douglas, in their respective fields, both earning their spot inside top 30 in the Olympic qualification rankings.

Australia is on the verge of earning six triathletes for this year’s Tokyo Olympic Team when the Games qualification period winds up this weekend , with crucial races in today’s Oceania Triathlon Championships and Cup Port Douglas and the World Triathlon Cup Huatulco, Mexico (June 12-13).

2016 Rio Olympian Aaron Royle, knowing that a third and final Australian men’s place in Japan is in the balance, will line up in Sunday’s World Triathlon Cup in Huatulco. Royle currently occupies 29th spot in the Olympic rankings. The selection countdown to Tokyo has been a very different qualification system than in previous Games because of the introduction of the Mixed Team Relay – an event that has seen Australia emerge as medal contenders.

Follow the athletes in the World Triathlon Cup Huatulco with the women starting on Saturday,12 June from 6pm (local time) followed by the men on Sunday, 13 June from 8am (local time) on TriathlonLIVE.tv

World Triathlon is pleased to announce the signature of the Development Grant…
World Triathlon is proud to launch the Virtual Open Hours for National…
7th November 2021, still feels like yesterday and the memory of the 2021 World…
more news →