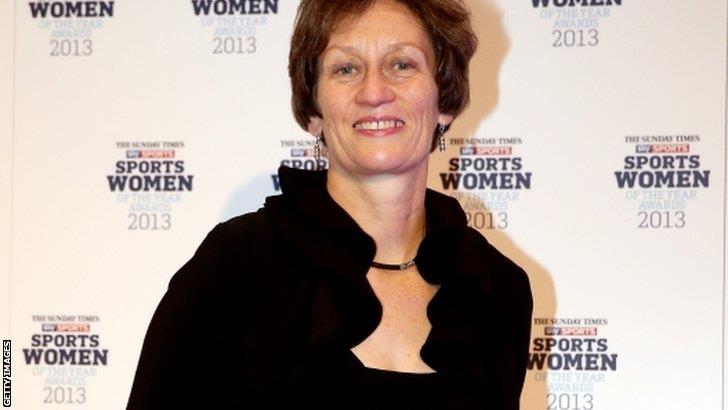 ITU Vice President Sarah Springman was awarded the Lifetime Achievement Award at the Sunday Times and Sky Sports Sportswomen of the Year awards in London.

Springman has served as ITU’s Vice President since 2008 and also occupied the position from 1992-1996, during which she served an important role in getting triathlon into the Olympics. Sarah was also instrumental in campaigning for paratriathlon’s successful inclusion in the 2016 Rio Paralympic Games.

In addition to her role with ITU, Sarah stepped down as President of British Triathlon on 31 December 2012 after celebrating Team GB’s first triathlon medals won at an Olympic Games in London last year.

Sarah commented during the awards night: “I think I’m only about thirty something so I really feel it’s a bit early, but I’m obviously delighted,” Springman joked on Sky Sports.

“Creating opportunities for athletes has been really important. Last year’s Olympics and winning Governing Body of the Year [was one of the highlights].

Sarah amassed an amazing 21 elite ETU European Championship medals in triathlon (all distances) and duathlon, including three individual and five team golds, as well as finishing fifth at the Hawaii Ironman World Championships in 1985 and 1987 and the Nice International Triathlon in 1985.

She was the ITU Winter World Triathlon Champion in her age-group in 2006 and a bronze medallist in the Vancouver Sprint Triathlon in 2008.

In addition to her career as an athlete, Sarah was pivotal in her role as British Triathlon President and ITU Vice-President in the successful lobbying for Olympic inclusion of triathlon in the sport programme of the Olympic and Commonwealth Games as well as the more recent inclusion of paratriathlon into the Paralympic Programme.

Sarah’s achievements are so impressive in all aspects of the sport. For a full run-down of her achievements, please visit the British Triathlon website.

The Sportswoman of the Year award went to Christine Ohuruogu with cyclist, Becky James, in second.  Non Stanford was third, reward for a fine season that saw her achieve podium finishes at all but one of her ITU World Triathlon Series races and ultimately lift the world title in London.

Stanford is nominated for another award, the BBC Wales Sports Personality of the Year. To support her text STANFORD to 65577 by 7pm on Saturday – standard text charges apply.

Non has also been nominated for BT Action Woman of the Year. To find out more and vote for Non, please visit BT Sport.