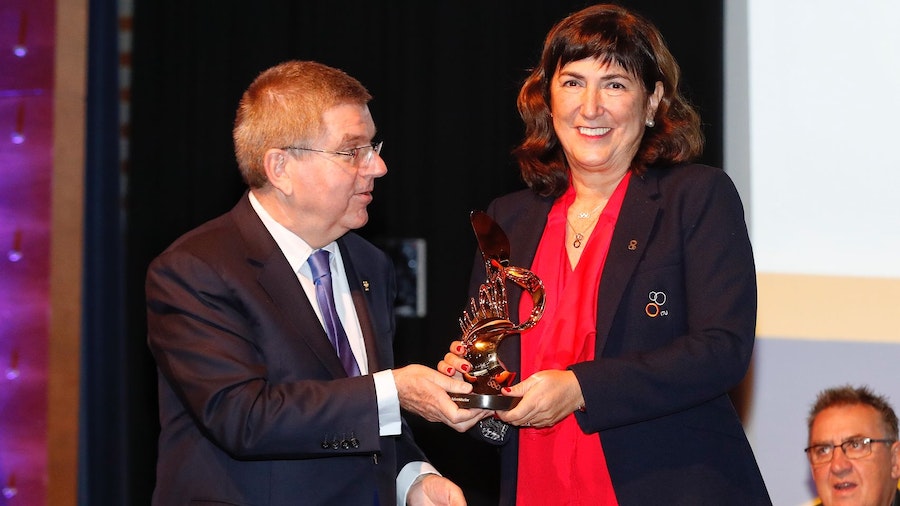 ITU is pleased to announce that President and IOC member Marisol Casado has presented her candidacy to become the ASOIF representative on the IOC Executive Board, the elections for which will be held next month in PyeongChang.

“From my earliest involvement as a founding member of the Spanish Triathlon Federation to ten years as ITU President and my longstanding membership of the IOC, I have dedicated myself to the advancement of sport around the globe”, said Casado.

“I firmly believe that with the experience gained throughout my years in ASOIF, GAISF and the IOC, always serving as a President of an IF and considering the good relations that I’ve built during so many years of dedication to the sport, the IFs and the IOC, I can serve as a valuable and committed candidate to represent all the International Federations”.

The other candidates are Nenad Lalovic, President of United World Wrestling, and Jean-Christophe Rolland, President of the World Rowing Federation. All ASOIF members will have until Friday, January 19 to cast their vote. The successful candidate will require an absolute majority to be elected the ASOIF representative, which will then be voted on in the IOC General Assembly, to be hosted in PyeongChang during the Winter Games in February.