The first week of the annual photo competition kicked off in style with a nice battle between photo ninja Delly Carr’s shot of Javier Gomez hungrily attacking the tough course in Auckland and his priceless capture of one creative cheering squad. True to form this year, the World Champion came out on top, just edging out a bit of lube-alicious advice from the crowd with 29% of the votes.

In the winning photo, Gomez’ focus is straight ahead as he rises out of his saddle and charges up the hill. His taught form, slack jaw and narrowed attention suggested he was there to do business. And that he did. Gomez won the race by 12 seconds, to start his season exactly as it would eventually wrap up - on top. 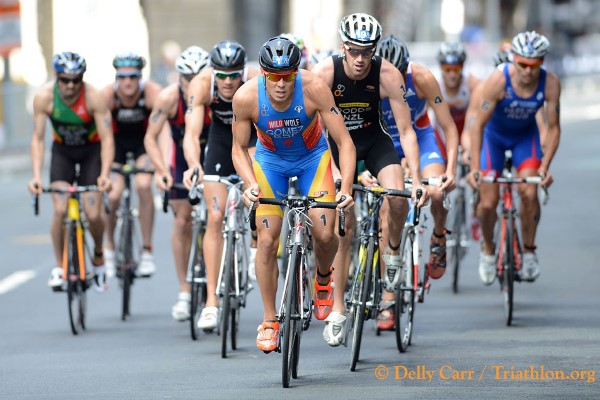 Mr. Carr himself, had this to say of the photo, for which he captured using his beloved Nikon D4 camera at300mm f2.8lens, 1/800sec f2.8 ISO 1600, “When the tip of the peloton arrowhead is lead by the sharpest athlete of the year, it makes for a picture with a greater story to tell.”

As for the second most popular photo, well, we don’t think that one needs explaining… 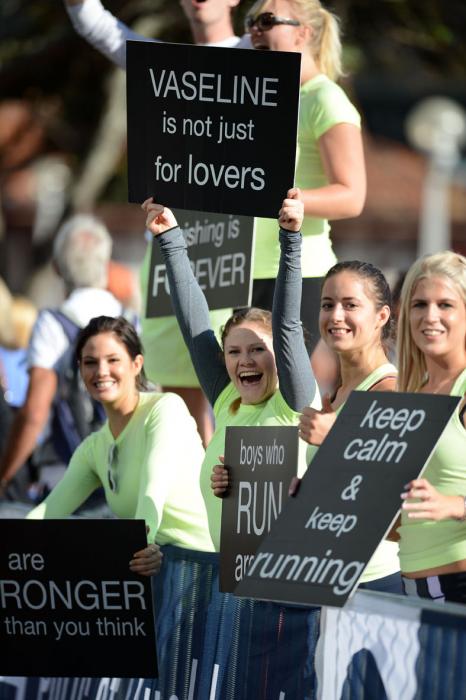